When college student Meredith Walsh finds herself stranded on the side of the country road, she certainly doesn't welcome the approach of a tattooed man on a Harley. But Ren Stimson's blue eyes and dangerous smile capture her attention. His offer of spending a week with him in return for a ride back to Berkeley, with his lifted eyebrow making clear the implications of the offer, tempts her.

Her common-sense self demands that she refuse such a foolhardy plan. But then, there is a part of her that craves the chance at one last wild spring break.

The week will bring Meredith adventure, lust and danger. And more. 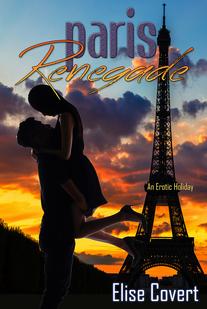 Charming Ren, leader of the Northern California Renegades MC, meets up with Meredith in Paris, where she is completing her financial internship and falling for the suave French men. A dangerous biker outlaw and the woman he desires frolic in the city of love until Ren's shady business dealings put both of them at risk. But is his outlaw life as much of a danger as their love proves to be? 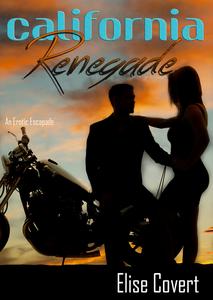 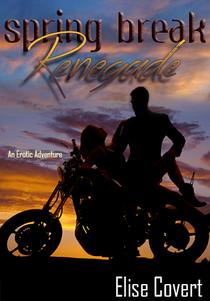 Ren is back, that charming outlaw of the Northern Renegades M with the dangerous smile and bewitching blue eyes. He wants Meredith for another week on the back of his motorcycle. In fact, he wants Meredith in every physical way he can have her. Last year, they spent spring break together in a joyful, perilous and unexpected erotic holiday. This year, Ren and Meredith find their emotional connection growing during their week on the road. Just as they think they might be able to make something real work between them, Ren's outlaw lifestyle catches up with him and throws both of them into mortal danger. Even if their attraction could survive their personal complications, does it have a chance against Ren's dangerous life?